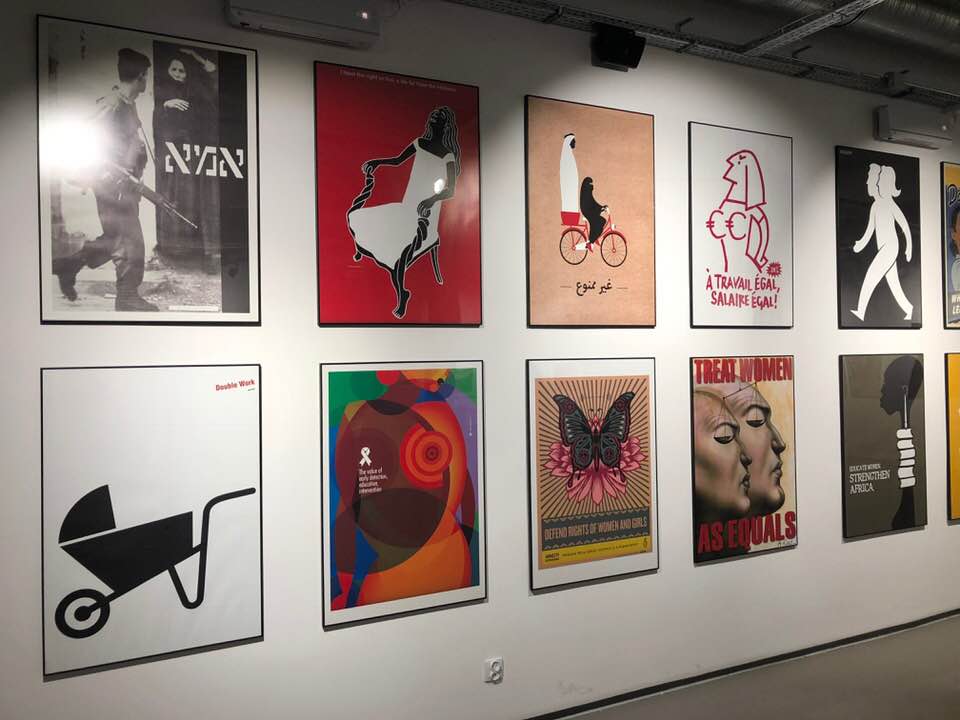 “Women’s Rights Are Human Rights” is a very fitting title for an exhibition of Women’s rights and advocacy posters, as it is a term used in the women’s rights movement and was the title of an important speech given by Hillary Rodham Clinton at the United Nations Fourth World Conference on Women in Beijing in 1995. In her speech, Hillary Clinton suggests that “if the term ‘women’s rights’ were to be interchangeable with the term ‘human rights’ the world community would be a better place because human rights affect the women who raise the world’s children, care for the elderly, run companies, work in hospitals, right for better education and better health care.” 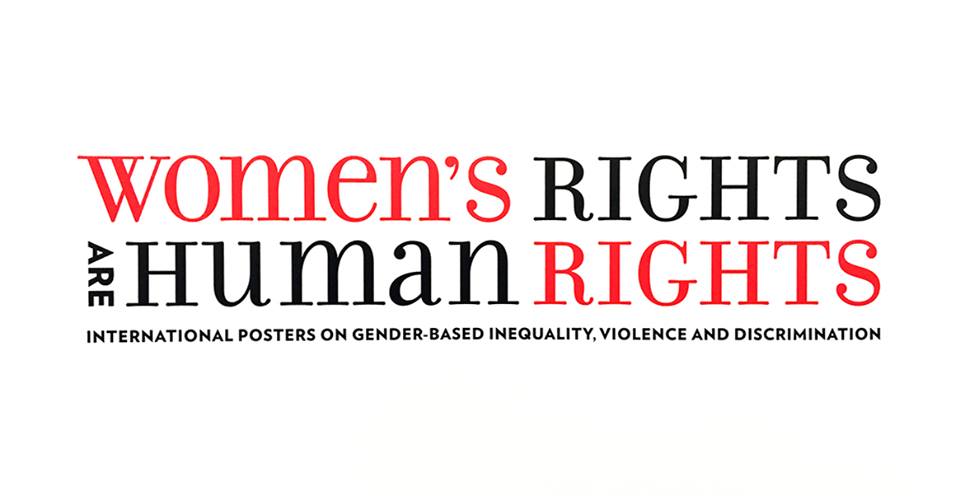 Yet gender inequalities remain deeply entrenched in every society. Women lack access to decent work and face occupational segregation and gender wage gaps. They are too often denied access to basic education and healthcare. Women in all parts of the world suffer violence and discrimination. They are under-represented in political and economic decision-making processes.

In many cultures, women have very little control over their own bodies, with female sexuality being largely controlled and defined by men in patriarchal societies. Sexual violence committed by men is often rooted in ideologies of male sexual entitlement, and these systems grant women very few legitimate options to refuse sexual advances. This entitlement can take different forms, depending on the culture. Human rights and women’s rights are violated every single day as the rape and brutality of women is used as an instrument of armed conflict. Women and children make up a large majority of the world’s refugees. And when women are excluded from the political process, they become even more vulnerable to abuse.

This exhibition features over 60 posters created by both men and women to celebrate and acknowledge the vital role that all citizens should play in protecting and promoting human rights while challenging gender inequality and stereotypes, advancing sexual and reproductive rights, protecting women and girls against brutality, and promoting women’s empowerment and participation in society. These poster images challenge religious and cultural norms and patriarchal attitudes that subordinate, stigmatize or restrict women from achieving their fullest potential; these images argue for the elimination of discrimination against women and girls, empowerment of women, and achievement of equality between women and men that fosters societal stability and human dignity.

The exhibition will have its official premiere in the President’s Gallery at Massachusetts College of Art and Design, Boston, Massachusetts, September 26 – October 29, 2016. A smaller selection of the posters will be on display at the Bienal Internacional Del Cartel En México, being held in San Luis Potosi, September-October 2016. A special advance showing of this exhibition was held at the National Taiwan Normal University in Taipei, Taiwan in May 2016.

This exhibition has travelled internationally. 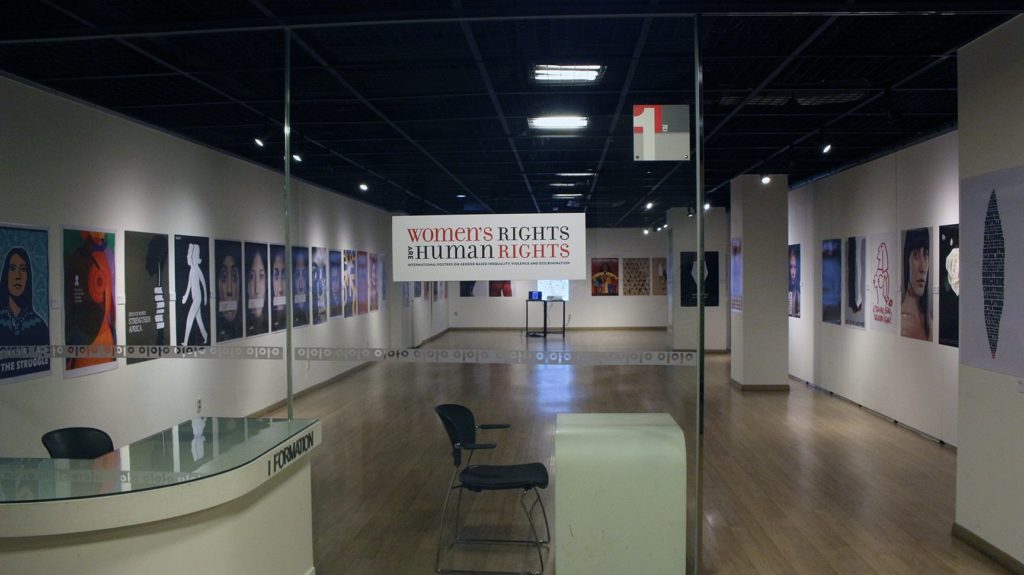 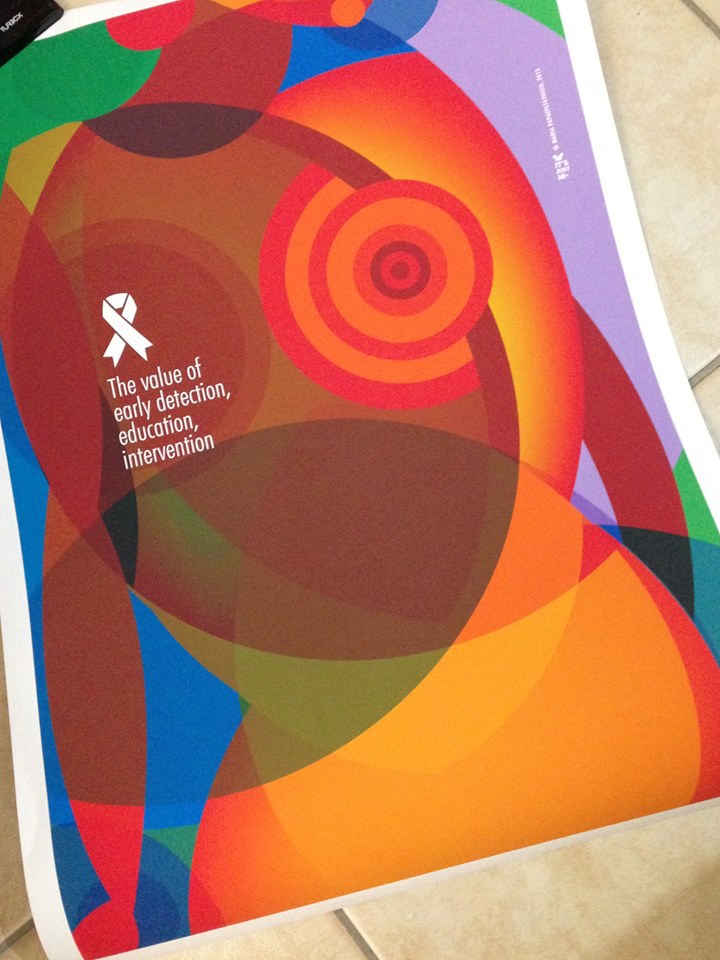 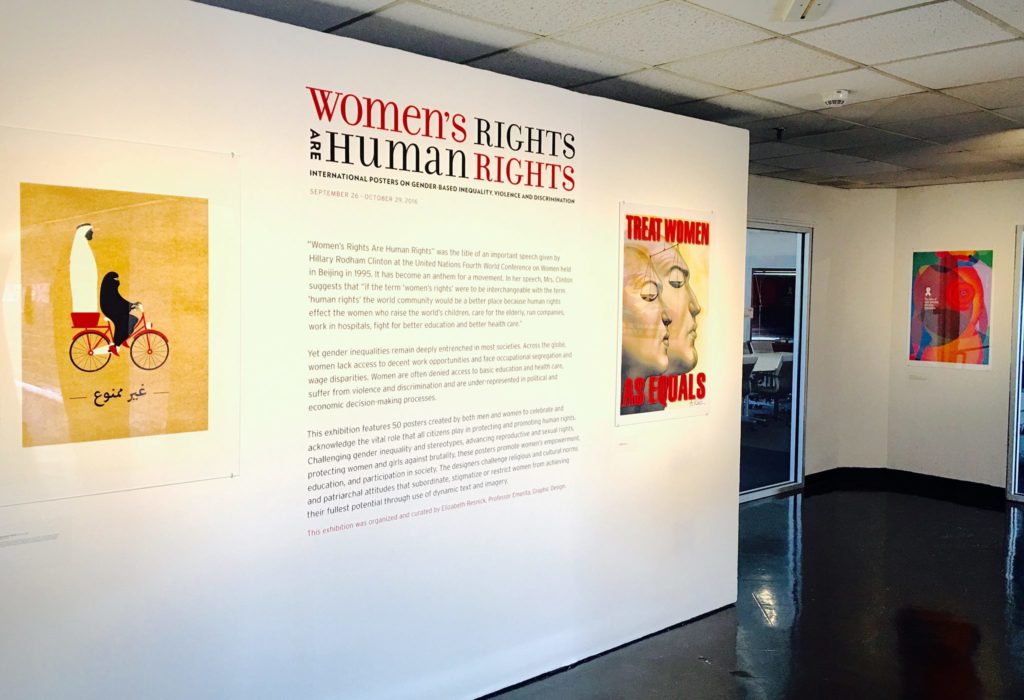