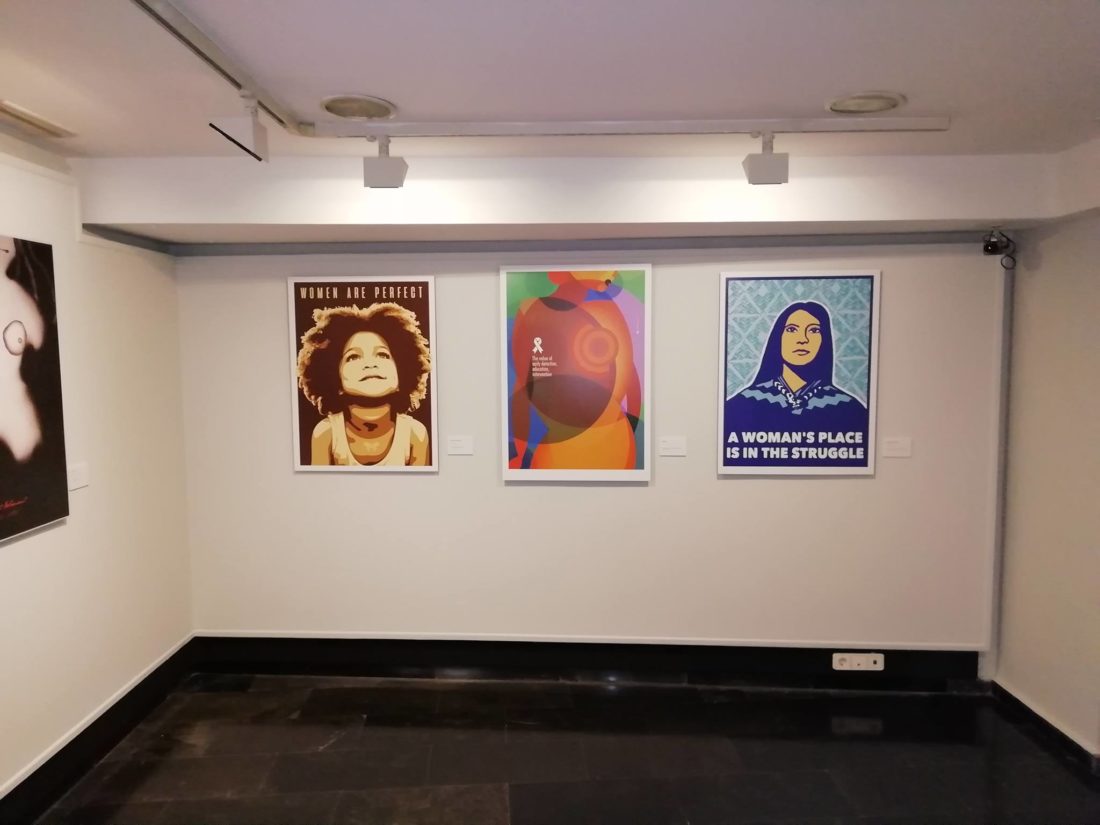 I was to have been invited to participate in the poster project Women’s Rights Are Human Rights, organized and curated by Elizabeth Resnick, Professor Emerita, Graphic Design, Massachusetts College of Art and Design, Boston, Massachusetts USA.
The project has traveled to the world thanks to Elizabeth’s zeal and the amazing team of designers she selected for the project.
Below you can read more information about the project and the exhibitions that have been organized so far.

Women’s Rights Are Human Rights is a very fitting title for an exhibition of Women’s rights and advocacy posters, as it is a term used in the women’s rights movement and was the title of an important speech given by Hillary Rodham Clinton at the United Nations Fourth World Conference on Women in Beijing in 1995. In her speech, Hillary Clinton suggests that “if the term ‘women’s rights’ were to be interchangeable with the term ‘human rights’ the world community would be a better place because human rights affect the women who raise the world’s children, care for the elderly, run companies, work in hospitals, fight for better education and better health care.”

Yet gender inequalities remain deeply entrenched in every society. Women lack access to decent work and face occupational segregation and gender wage disparities. Women are often denied access to basic education and health care, and suffer from violence and discrimination, and are under-represented in political and economic decision-making processes.

This exhibition features posters created by both men and women to celebrate and acknowledge the vital role that all citizens should play in protecting and promoting human rights while challenging gender inequality and stereotypes, advancing sexual and reproductive rights, and protecting women and girls against brutality. These posters promote women’s empowerment and participation in society while challenging religious and cultural norms and patriarchal attitudes that subordinate, stigmatize or restrict women from achieving their fullest potential. In their collective visual voice, these posters are designed to jolt the viewer’s sense of collective responsibility to challenge prevailing attitudes toward gender inequality and discrimination, while provoking both a healthy discomfort and empathetic response in the viewers.

Women’s Rights Are Humans Rights: International Posters on Gender-based Inequality, Violence, and Discrimination is an exhibition that features posters created by both men and women to celebrate and acknowledge the vital role that all citizens play in protecting and promoting human rights while challenging gender inequality and stereotypes, advancing reproductive and sexual rights, protecting women and girls against brutality, and promoting women’s empowerment, education, and participation in society. The posters argue for the empowerment of women, achievement of equality between women and men, and the elimination of discrimination against women and girls.

Women’s Rights Are Human Rights
Exhibition Schedule as of March 16, 2019